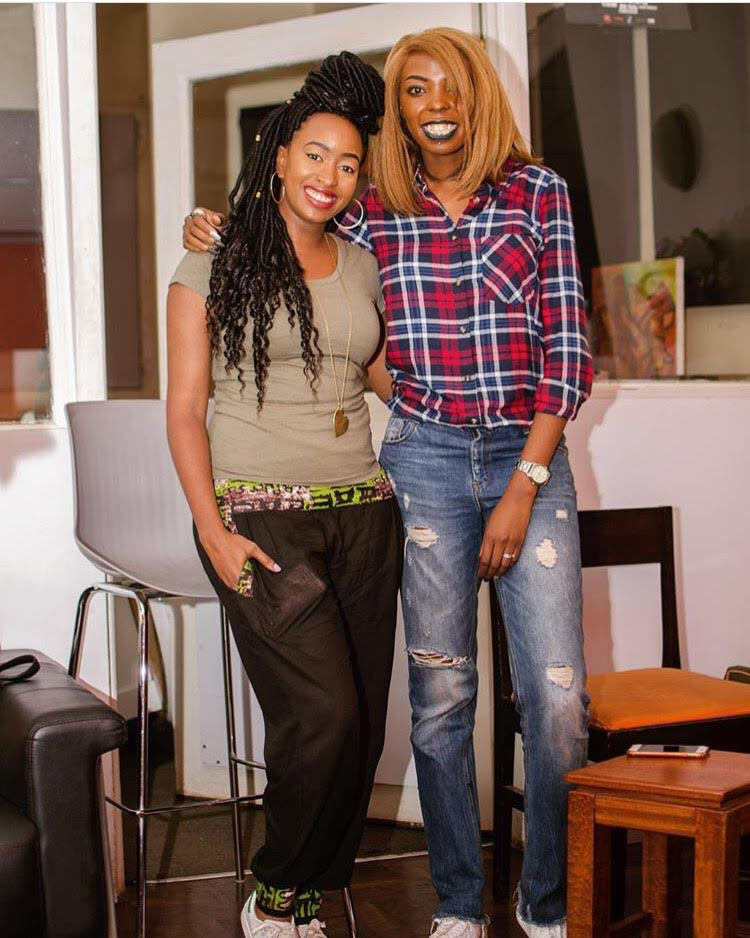 Over the weekend I was invited to be part of an incredibly powerful talk-session around rape culture with a group of truly intelligent and honest ladies. Our host was Adelle Onyango (pictured with me here). She is not just a renowned Radio Presenter or among the BBC 100 women, she sparks conversations that many are afraid to have. She’s honest and that’s refreshing to most and frightening to some. She spoke out on these issues and was insulted although I should say, we all were. All of us in that room and all of us that choose to speak out have been insulted, but we’re raising awareness despite and we have lots more work to do!

So I write this post in solidarity with Adelle Onyango and any other woman or man who has spoken out against rape culture and sexual harassment and instead been victimized or judged. It’s the first of many I intend to write.

If you are mad and accusatory towards someone who has spoken out against rape culture and sexual harassment, you are a part of the problem.

If a woman speaking out against rape turns you into a chest-thumping individual that calls us ‘toxic feminists’, you haven’t understood what masculinity truly means.

If you think we speak out against these issues because we are against men, you don’t get it.

You see, a lot of us are surrounded by good…no, GREAT men. They have fathered us, married us, befriended us, dated us, been born of us, hired us, lead us, followed us, respected us, loved us. So no, we don’t hate men.

We hate that every second of everyday there is a woman somewhere in this world who is being harassed, assaulted, raped and in most cases, the perpetrator is a man. It’s a fact, not a blow at men and masculinity. We have to learn the difference.

This woman is raped into silence, trauma and defeat. Some of these women are too affected to speak and so we will speak for them. You don’t have to like it.

To my sisters and brothers who choose to shed light on these issues and speak out, we stand with you. So speak out but be ready to be attacked savagely, insulted, mocked, judged, laughed at. Every truth you stand for will be reduced to a meme. Those who love you and who you love may also bear the brunt. The nature of those insults will be massively grotesque. So much so that they may shake you but DON’T let them shatter you. Remember…it isn’t you. They’re not hitting out at YOU…

The truth about the mirror is that it never tells a lie. It’s clear, it cuts deep, or reveals scars and wounds just as it does beauty and reverence. Those that hurl these insults and create excuses for why you were victimized or why you’re saying anything, are hitting out at their reflection, which can’t stand to see you in all your empowerment. It’s frightening and confusing, so you’ll be labeled and it may sting. But it isn’t you. It is not you. Malicious people are simply advertising their own self-loathing.

You may backtrack to heal from the pain but don’t forget we still need your voice, so that millions of others may rise up to. We are here if you need us.

As for you…yes, you…don’t laugh at rape. If I were you, instead of meming and demeaning, I would read, I’d get educated and understand the issues, I would look at the women and girls in my life that I love most and realize that they too could be victims.

Rape culture exists because we don’t believe it does.

So let’s start believing it.

previous
CHOOSE YOU
next
Inclusion During COVID19 Intervention